Fumbling For the Truth: The Freelancing Author, or Will I Ever Be Paid Again? 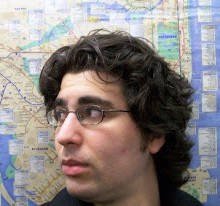 By Aaron Riccio.  Republished by permission from his blog That Sounds Cool.

I’m not sure what the big deal is.  Nate Thayer was respectfully asked by Olga Khazan, the Global Editor for The Atlantic, to repurpose an article he wrote for NK News about “basketball diplomacy,” for the benefit of her readers. Nate Thayer, needing a paycheck more than exposure, respectfully declined. And then, perhaps deciding that if he was going to work for free, he might as well get that exposure in a different way, he chose to adapt his experience into a blog post about the sorry state of unpaid journalism. Publishing the editor’s e-mail address seemed unnecessary, I suppose, but hardly vindictive so much as childish: “You offered me exposure to your readers, I return the favor to you via mine.” And then his comments werepicked up by New York, which got him being a bit more profane and officially on-the-record. Recursively, the whole thing wound up back at The Atlantic, in a half-defensive blog post by Ta-Nehisi Coates that seemed intent on contextualizing Thayer in the worst possible light. Which might not have been such a terrible thing, what with another blog accusing Thayer of plagiarizing his entire article. The whole thing’s spit-balled around the blogosphere long enough for even me, The Lowest Man on the Totem Pole, to chime in about it . . . so let’s get back to the actual point: that writers are increasingly asked to exchange their services–whether to create entirely new content or to adapt previously published work–for nothing more than the opportunity to reach a larger, or different, audience. Monetizing that would, one assumes, be left up to the writer . . . though if The Atlantic finds itself requesting free articles in order to boost their own ad revenue, I don’t imagine that’s a winning strategy.

But rather than write about things I don’t have the full story on, I’ll share some experiences of my own. I graduated from Binghamton University i and took the experiences I’d gotten from running the entertainment section of our school’s newspaper (Pipe Dream) and working within the theater department (and its scrappy community brethren) to find work writing freelance theater reviews for Show Business Weekly and for a new blog founded by the PBS show Theater Talk, New Theater Corps, which had gathered sixteen young would-be critics. At first, I was happy simply to have validation: that outside of college, professionals thought enough of my work to still publish it (and to support my unsustainable habit of regularly going to the theater without having a paying job). How could I not forever be grateful to Susan Haskins for the opportunities that she provided me–to make my first, extremely nervous television appearance and, later, to take over editing the site (which actually did pay). None of this made me feel as if I’d been taken advantage of, or misled, and the work that I was doing there helped me to get some paying freelance work with David Cote at Time Out New York; I’d like to think that if I were better at networking (or even sending out my resume), I could have continued to find paying outlets. Enough to sustain myself? Probably not (and I’d personally rather read Helen Shaw’s writing than my own), but at least there was a path available, if I could afford to walk it. Hell,as one of the original members of the Show Showdown, I even got a write-up in the Times herself, and that traffic gave us a foundation for reaching out to more publicists and covering more shows, especially ones that other publications weren’t ready, willing, or able to get to.

But then the economy started to slide. The grant that sustained the work I was doing for New Theater Corps dried up, I stopped receiving assignments from Time Out New York (save for an unpaid request to help with their Fringe Binge, which I gladly accepted), and after nearly two years of writing for Show Business Weekly, when I’d informed them that I’d like to start getting paid something for my work, or to perhaps get some paid copy-editing or proofreading work thrown my way (which is what I do for an actual living), I basically never heard from them again. I liked the editor that I worked with–I think every blogger should have access to an editor; perhaps we could edit one another’s work–and I’d like to think that I was somewhat helpful to the people I worked with at New Theater Corps, but let me tell you, I’m sure they had the same experience: save for some reference letters that I wrote, they’ve never heard from me again. I haven’t sent any opportunities their way, though I’d like to think that if I’d gotten into a position to do so, I would have. Still, small comfort to them that I’d been exactly where they were, writing and rewriting without pay; in fact, the very fact that I was where I was now all but guaranteed that they wouldn’t be paid, since I wasn’t going anywhere.

And then my full-time job, the one that actually paid, imploded–taking an entire 150-plus-person department with it–and I found myself unable to even getinterviews for internships in the field that I’d spent six years writing about. I’m not saying I’m better than the people who did wind up getting those positions; I’m saying that there were suddenly so many of us, all struggling to find a position. I remember when The Sun folded and I realized that if I was serious about it, I’d be competing with people like Eric Grode. Around this time I started missing performances that I’d booked, or worse, attending and failing to write the promised review; how was that supposed to help? By punishing people who, even when I was being paid nothing, were probably making even less (given that some companies spend their own money to make a dream production come true)? I knew what I wanted to do, and it wasn’t even that I couldn’t get paid to do it–it was that I suddenly couldn’t even get not paid to do it. (I’ve since discovered a new means of self-motivating, and that’s largely come from being more discerning in the assignments that I take, whether they’re something that I’d probably already be doing, like television or video games, or if they’re shows That Sound Cool. Whether anything career-oriented comes of my writing is beside the point now–though one always hopes for the best–I’m just personally happy to be providing exposure to subjects that I find interesting.)

So when someone like Thayer, whether you respect the guy or not, announces that he’s being treated the same way as the rest of us, that the freelancer is essentially an ink-stained Sisyphus, rolling words uphill (is that not what writing feels like?) and then being crushed back down by financial burdens, it makes one pause. Perhaps the Atlantic isn’t greedy, perhaps they’re struggling under the same market conditions as the rest of us (but at a different order of magnitude), and they really can’t afford to pay for content, not when bloggers like me are quoting and repurposing their paid content. (I feel a little better in knowing that I at least pay for a yearly subscription, that I’m at least less a part of the freeloading, paywall-skipping problem.) And it’s not as if they don’t pay any authors–and more than fairly, when they do–so much as that most people can’t afford to work on constant spec, hoping for the moment at which anAtlantic-type publication will swoop in, recognize their portfolio, and shower money upon them.

That said, here are two possibilities to alleviate this situation:

As I’ve said, the purpose of these “Fumbling for the Truth” posts isn’t accuracy or even answers: it’s simply a ball-rolling hope that this time–this time!–the boulder of words will make it over the hill, pick up momentum, and reach the intended goal: more sustainable wages for writers. Until then, I guess there’s always Kickstarter. (So long as my idea focuses on a forbidden love triangle between a socially awkward vampire, a teenage mummy and his wizardly cat, and an angel with a bondage fetish.)

Today, we republished this blog by Aaron Riccio. He builds on the Nate Thayer controversy  that has gotten so much press these past two weeks, and delves into unpaid journalism, and the value of content.

Anyone interested in how to value a writer’s work should really head over to Aaron’s blog, pour yourself a cup of coffee or your libation or choice, and read through the comments.  Aaron’s piece resonated with us here at iCopyright, as well as many, many writers and others.